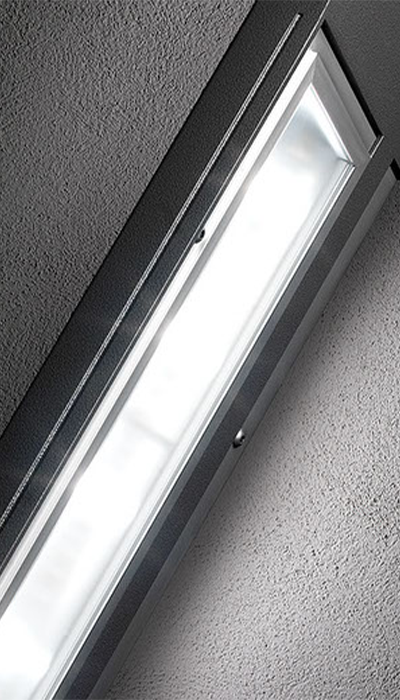 Modern industrial product design serves more than just an aesthetic purpose. A properly designed fixture that speaks the same design language as the building it is placed upon actually becomes less obtrusive, thus less of a target for vandalism and tampering.

Our designs feature rounded corners and sleek curved shapes that serve to integrate the lighting fixture into the building design. Users see the light, not the fixture. 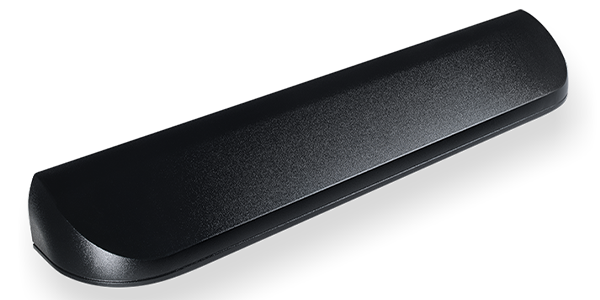 While LED’s offer great promise of durability and efficacy, they must be carefully utilized to achieve maximized potential. Merely placing LED’s in an existing fixture without careful thermal, optical and mechanical properties can result in a less efficacious, less durable fixture than older technologies. We utilize our proprietary-designed custom circuit boards to ensure that LED’s are driven conservatively and continue to refine our circuits as advancements in LED’s allow.

Our circuits feature unique configurations that allow for fundamentally “fault-tolerant” operation in the unlikely event of an actual LED failure. We also incorporate integral dimming, occupancy sensors, and battery backups in our fixtures. 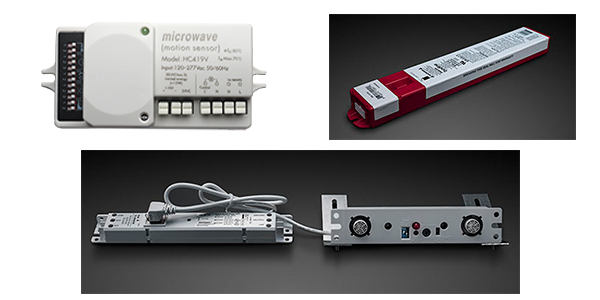 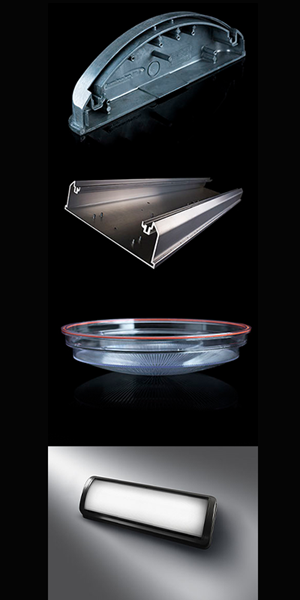 Die cast tooling represents a substantial monetary investment, but this is the only way to ensure that quality remains consistent and reliable throughout our product line.

We utilize low copper-content marine-grade die cast aluminum alloys as well as high strength extrusion metals properly tempered for both strength and durability. Our die cast parts are properly marked with our company name to ensure that replacement parts are genuine factory components.

Our extrusions are 6061-alloy extruded and then heat tempered to T6 hardness. The extrusion process is followed by an anodized or double polyester powder-coat finish.

Our Anyx 13 lens with double gasketing was revolutionary for it’s time and continues to demonstrate our commitment to durable, quality products. We use pre-shrunk solid core silicon gaskets on many of our fixtures insuring a water tight seal against the outside environment. The gasket will not shrink over time giving year after year of reliable service.

LM-80-08 is the latest testing standard for LED diodes and applies to the LED sources in a standard test environment, independent of a specific lighting fixture. Testing is performed for a minimum of 6,000 hours with data collection every 1,000 hours. During testing, LEDs are assessed for failure, chromaticity, luminous flux, color temperature (CCT) and color rendering (CRI). LM-80-08 allows the creation, by LED manufacturers, of predicted life charts to establish expected design life. It is not a direct measure of LED system performance, but it will provide the lighting professional with assurance that the LEDs used in our products have been tested for chromaticity stability and predicted lumen maintenance. We only use chips that have been tested to this standard.

TM-21-11is an industry accepted statistical method that utilizes LM-80-08 data combined with specific fixture measurements to project long-term lumen maintenance of LED light sources. LEDs, by their nature, will last a very long time when utilized in a properly designed environment, but this performance is dependent on the design parameters of the actual fixture. Drive current, in-situ temperature and other environmental factors can dramatically affect useful LED life. TM-21-11 gives the lighting professional a basis to judge long-term lumen maintenance life expectancy of a specific lighting fixture. Lumen maintenance is expressed in hours and percentage output. Rated lumen maintenance life is expressed as Lx, where L is expressed in hours and x is a percentage of the LED’s initial lumen output. For example, L98 = 75,000 describes a fixture that delivers 98% of its initial lumen output at 75,000 operating hours.

The testing of traditional sources (non LED) was performed by a standard called “Relative Photometry”.  The bare lamp was first tested in a laboratory at standard conditions. The tested lamp was then installed in the luminaire and performance of the system was measured at the same standard conditions. The difference in lumen output was defined as the efficiency of the luminaire, expressed as a percentage. The performance of solid-state components is significantly affected by the design parameters of the lighting fixture, so a new photometric testing standard was established called LM-79-08. This testing standard, referred to as “Absolute Photometry”, requires that all components be tested within the luminaire under standard operating and environmental conditions, allowing for meaningful comparisons of fixture performance. LM-79-08 reports lumen output, efficacy, color temperature (CCT) and color rendering (CRI). Our LED products are tested in accordance with LM-79-08 by independent testing laboratories certified by the United States Department of Energy to ensure accuracy.